Morning sessions on June 15 will be held at the Department of Agricultural and Food Sciences (Address: Viale Giuseppe Fanin, 44). The farm visit will be at the farm “Podere Santa Croce" (Address: Via Bonaccorsi, 17, Argelato, BO). Busses will be provided to take delegates to the Department of Agricultural and Food Sciences from the center of the city and then to the farm and back to the city center after the banquet. See box 2 and box 3 in the map below to see the bus pick up locations. The bus pick up time is 08.15 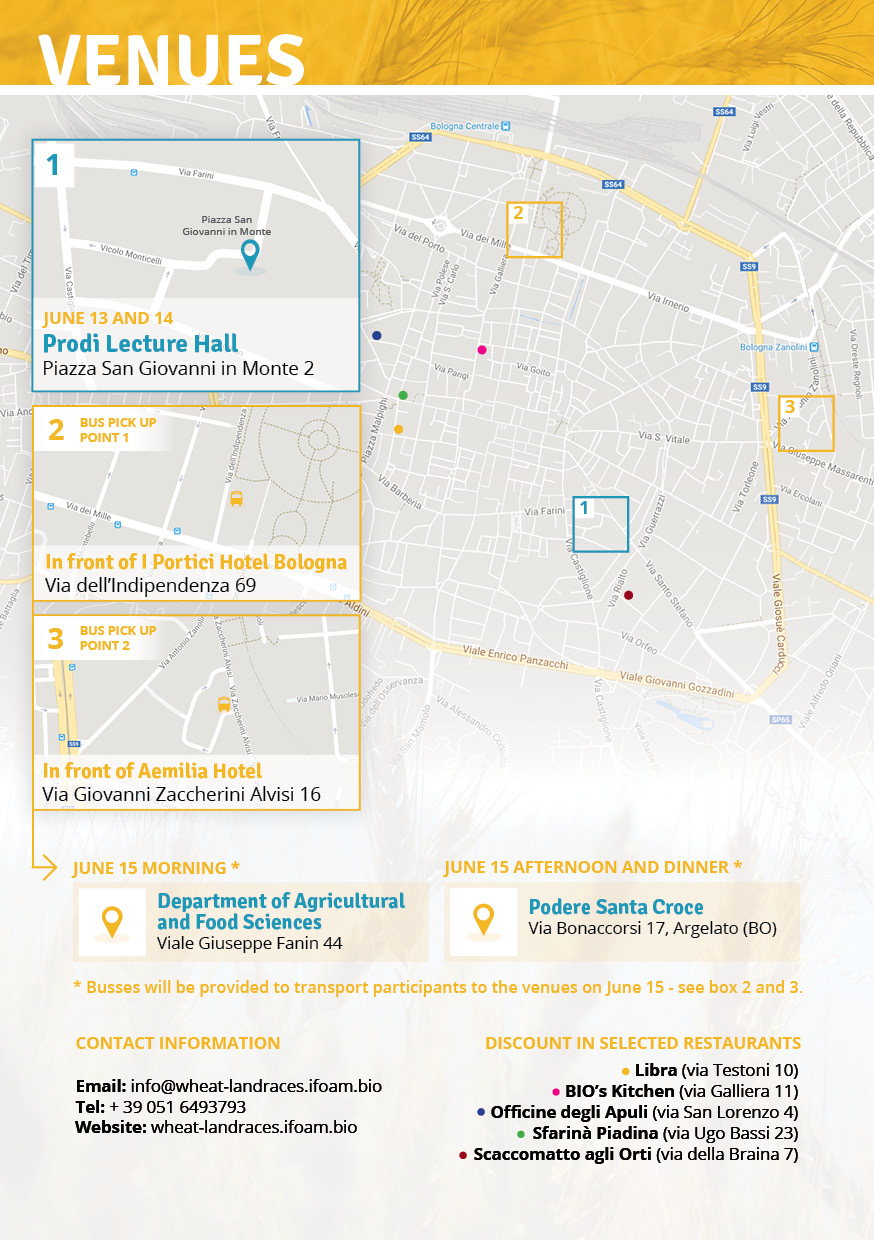 The San Giovanni in Monte Complex is a historical 16th century monastery building (1543) that still today overlooks the bordering portion of the old town centre of Bologna from the artificial "hill".

A former monastery of the Order of Canons Lateran, it was thoroughly restored at the end of the 1990s and streamlined again after its use as a prison between the age of Napoleon until 1984. The restoration was a cultural revisiting of its function as place of study and meditation, which the monastery building acquired for the city during the Renaissance age. The large cloister, called "Doric" or "old", a sort of "magnificent foyer" onto the church square of San Giovanni in Monte that is open to the city, is extremely impressive. The 16th century executions include the large refectory, which today is the Giorgio Prodi Lecture Hall, an official hall where Bartolomeo Cesi's fresco depicting the parable of the royal wedding taken from a passage from the Gospels, Matthew 22, stands in centre stage. However, the history of the building is much older as, based on tradition, the complex was built in the 5th century by the bishop Petronius for the purpose of symbolically depicting the places and paths of the Passion of Christ. Nevertheless, many clues lead to the hypothesis that the older substratum was formerly the site of a public building of the Augustan age, placed at the border of the Roman city, but strategically situated in a high position overlooking the access of Via Aemilia from the east.

The origins of the University of Bologna go way back, and it is considered to be the oldest university in the Western world. Its history is intertwined with that of the great names of science and literature, it is a keystone and a point of reference for European culture.

1088 is widely considered the date in which free teaching began in Bologna, independently from the ecclesiastic schools. At the end of the 11th century, masters of grammar, rhetoric and logic began to apply themselves to law in Bologna, and the earliest recorded scholar was a man named Irnerius, whose activities cataloguing the Roman legal materials soon ran beyond the boundaries of Bologna. The University's fame spread throughout Europe and Bologna was a destination for many illustrious guests including Thomas Becket, Paracelso, Raimundo de Pegñafort, Albrecht Dürer, san Carlo Borromeo, Torquato Tasso and Carlo Goldoni. The University maintained its central position on the scene of global culture until the period between the two wars, when other countries came to the forefront in teaching and research. It is called on to forge relations with institutions in the world's most advanced countries, to modernize and expand its activities. Among the many challenges which it has met with success, the University is committed to the European dimension leading to the innovation of the university system.

DEPARTMENT OF AGRICULTURAL AND FOOD SCIENCES 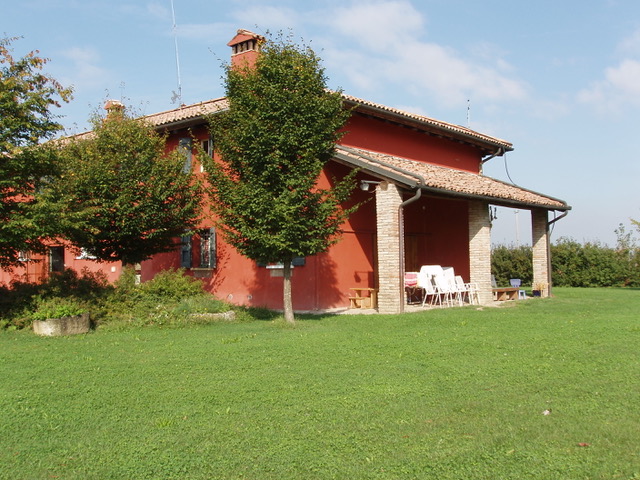 "Podere Santa Croce" in is an organic and biodynamic farm since 2000, in which the cropping of cereals and vegetables, the breeding of pig, cow and poultry and the restaurant that cooks the farm's products, are parts of a closed loop production system. In particular the farm is specialized in the cultivation of ancient varieties of cereals and, since many years in collaboration with the University of Bologna, the farm host a wheat field trial catalogue composed by about 150 modern and ancient wheat varieties.

Map of the venue locations in Google Maps